I got the camper loaded up with soda and candy and it's got 2 adventures under its belt already. We had a Father and Sons 2 weeks ago and I made Alex and Logan come. Spencer and Logan are thick as thieves and really have a good time playing together. It was an okay trip- kind of a lame place; Montour Campground just outside of Sweet, ID. but it was a good time. We went swimming the next day up at Terrace Lakes in Garden Valley, so that was really fun. Benett is a total drown hazard- the kid has no fear and was out kicking in the deep end like it was no big deal. The water was perfect too. 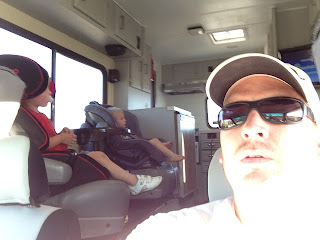 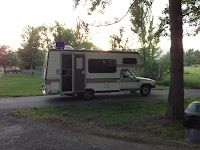 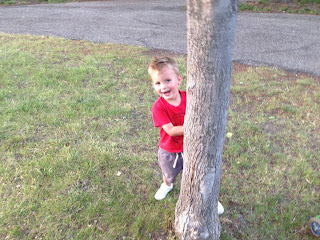 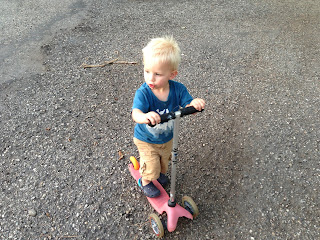 This weekend for Father's Day we went up to McCall. We made a reservation at Ponderosa State Park and had invited a friend from our ward who bailed last minute, so we knew Alex could get ready in like 5 minutes and got him to go. We both headed up Friday night, but we didn't leave our house until 9:00 and got in at midnight, but it was okay. The kids didn't do so well the first night- mostly Benett. He gets riled-up and will make himself throw-up; which he did twice, but it ended up okay (if you call getting to sleep at 3:00 and waking up at 7:00 okay....pointless details). 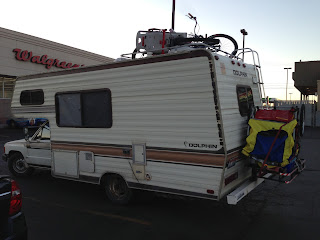 Saturday was really fun. We threw everyone in my motorhome and went into town to get a few things we forgot. Then we all loaded up and went to a fun beach and finally we loaded up again and went to pizza and ice cream for dinner. It was really fun zipping around with everyone together in the motorhome. The kids had a blast. 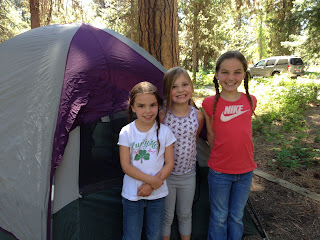 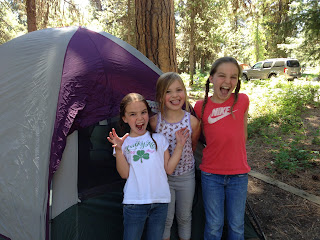 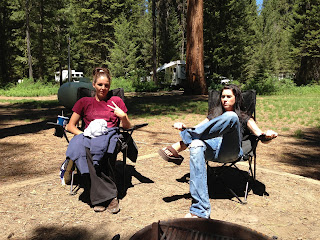 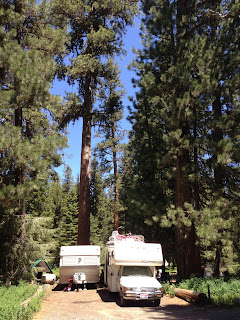 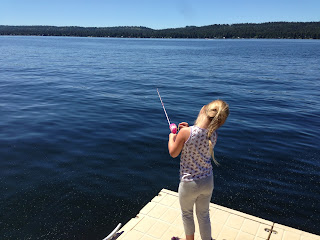 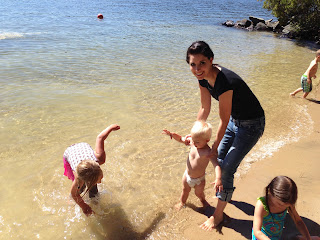 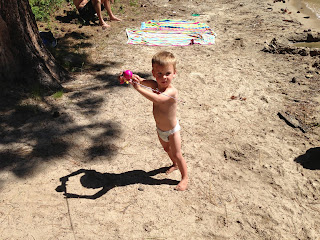 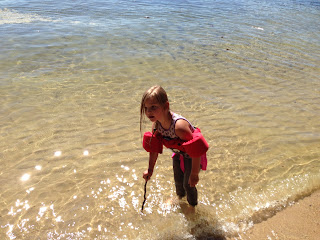 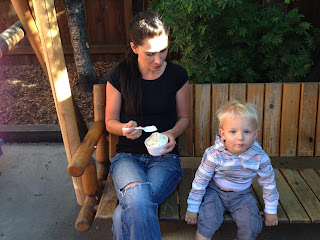 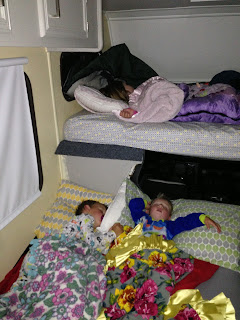 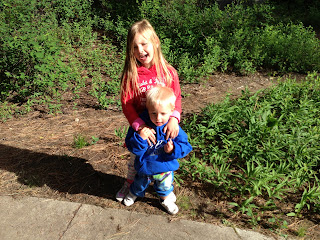 We also had a good time teaching Brigitte and Spencer how to fish. Brigitte actually figured out how to cast, but Spencer mostly pretended his pole was a sword the whole time, so that got a little crazy. The bike rides were also great!

Well, I have to admit, I sort of fell in love with this campground! The trees are so big and tall- there is literally shade everywhere! The lake was chilly but not too bad for June and the bathrooms all have showers with hot water and get this- they're free! It was so nice showering before dinner and after I broke camp. It's going to turn into a frequent place for us. Also, it was so fun to be camping and then go eat at a restaurant. We of course saved room for a mid-nite snack over the fire- buffalo wings! They were so good- we'll have to bring them to Redfish and you all can watch me eat them and imagine how good they taste!
Well, some things never change. It was 95 degrees on our way home and the motorhome got really hot on the way up Horseshoe Bend hill, so we found ourselves parked at a Scenic Overlook for 15 minutes eating ice cream sandwiches from the RV freezer- slightly improved from the run-away truck ramp that we endured 105 degrees for over an hour last year, but that's only noticeable if you’re really paying attention, ha, ha! 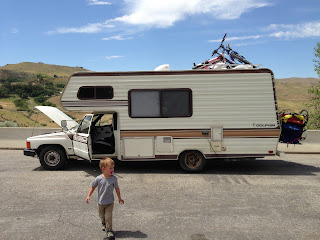